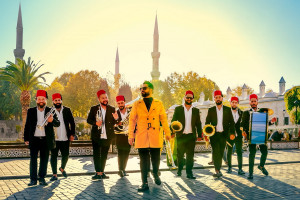 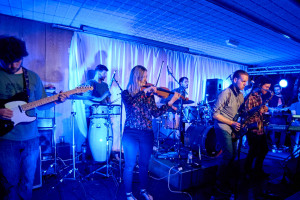 In october Scottish band/orchestra FAT-SUIT will play for the first time in the Czech Republic. The band has been assembled from Scotland’s finest young musicians with deep roots in Jazz, Funk and Soul. More than that, they effortlessly assimilate influences from Fusion, House, Brass-Rock and Scottish folk music to create a vibrant new musical musical vocabulary. Their second album “Jugaad” has gained attention and positive reviews from both music professionals and audience. On this tour the band is going to promote their fresh new album “Atlas” (release date 30 October).