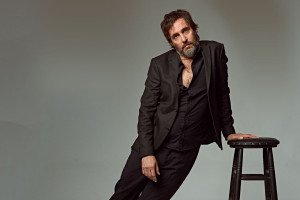 A delicate singer-songwriter with the soul of a rocker and a gentle rocker in a role of a singer-songwriter. A romantic, poet and melancholic in one package with songs about searching for what we’re all looking for. David Pomahač has started a solo career with his new solo album through Indies Scope label January 2020.

David Pomahač founded the project Bez peří, spent nine years in legendary Czech group  Houpací koně, and enjoyed the party of the supporting band for Xavier Baumaxa. The year 2010 gave rise to the urban folk duo Kieslowski. The intimate testimonies based on the sound of a guitar, piano, two vocals and David’s lyrics gained a large fan base and full concerts both at home and abroad. Kieslowski released three full albums, several EPs, and got nominated for the Czech music Apollo Award.

“Kieslowksi era is over but the songs remain present at my shows. I like them and they are part of my story. My new album is intense, playful, entertaining, loud, I expect from myself to play the best gigs with it. I keep trying to do things better, perhaps even differently and more intensively than before,” adds David.

James Thornhill, God Is In The TV – Do tmy je daleko (album review) 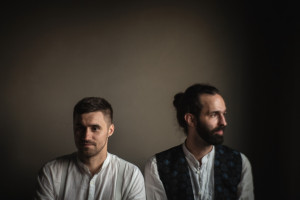 A broad take on jazz, a fascination with rhythmic sequences, and abstract vocals: Zabelov Group is the musical dialogue between Roman Zabelov, accordionist from Belarus, and Jan Šikl, Czech drummer and multi-instrumentalist. Their original acoustic puritanism gradually transformed into complex cinematic music accompanied by samples and acoustic instruments enhanced by electronics. Zabelov Group’s musical endeavour is permeated by the effort to maintain live contact with the instrument but provide the entire spectrum of club sounds while performing as a duo.

The duo’s latest work is “Madhouse Session EP”, released in 2020 by Minority Records. While the previous album “Eg” is a precisely puzzled highly-developed studio piece which came into being at multiple locations with contributions by various guest-artists and did not allow for all the tracks to be performed live due to its demanding nature, Madhouse Session is a live recording of concert preparations which were also partly previously performed live e.g. at the Dresden Jazzclub Tonne or as a support for Portico Quartet.

“Madhouse Session had a strong ambition to emancipate itself in the process of recording. Most of the old pieces were the work of soundengineer Matouš Godík, which was noticeable in the sounds and we were very happy with the collaboration. However, we needed to try the sound production ourselves. From samples to master recording it was up to us, everything was created in a home studio where we rehearse. We have to say that we are happy with the result. It turned out that limits are often opportunities for new and interesting solutions. We feel that we finished the process of a sort of musical emancipation“ says Jan Šikl.

Their unique interpretations fused ambient textures, freeform jazz, cinematic dance and even post rock into just under forty-five minutes, and for the most part was a revelation. Zabelov’s pained facial expressions throughout coupled with Sikl’s rhythmic accompaniments bore all the hallmarks of two craftsmen deep in concentration, fully focused on the task at hand. Gigwise.com

Unexpected, intrinsic music. Blending together sparse electronics with jazz flourishes, this duo manage to be both complex and effortless all at once. DIY magazine

It takes a little while to wrap your head around the quirks and offshoots embedded within Zabelov and Šikl’s music, but once it clicks you’ll have a hard time ignoring it. Allthingsloud.com

It is jazz, and it is not jazz. It is modernism, but full of tradition at the same time. It is a semi-improvised, complex musical structure thats swirls with a perfectionistic care about every sound and every detail. Beehy.pe

A bright flash on the alternative music scene. Reflex magazine

The potential of the sound possibilities and the interplay of the all-electronic modulated sound of accordion and percussion, functionally complemented by a host of other instrumental and vocal tracks and samples, is tightened to its full shape. This music defies the description. All the more colorful are the feelings it evokes. UNI cultural magazine 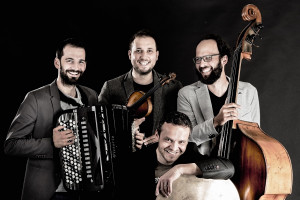 Tomáš Liška´s “Invisible World“ is a truly unique venture within the landscape of contemporary Czech music. The project´s own musical compositions combine elements of Jazz, chamber music and World Music from the Mediterranean and South-Eastern regions of the European continent. Their approach is not based on individual exhibitions, but rather on a philosophy where music is a clear and crystalline medium which irradiates a rich palette of emotional hues. These are inspired by strong melodies which are adorned by a subtle and seemingly effortless lacework of improvisation.

Invisible World performed on World & Jazz Festivals and venues across Europe, Africa, Scotland, United Kingdom and Japan. In 2017 was awarded the Audience Award on the international music conference Ostrava Music Crossroads and recieved the invitation on Ritmo Festival in Budapest. In 2018 got nomination on Czech “Grammy” award Ceny Andel in category Jazz & Blues.

Efe Turumtay (violin) was born in Istanbul, Nikola Zarić (accordion) in Serbia and Kamil Slezák (drums) in Moravia. Tomáš Liška (upright bass) met all three in the course of his musical journeys around the world, while tirelessly searching for fascinating interactions between instruments and cultures which would enthrall both him and his audiences.

“A sophisticated blend of New and Old World influences, including Turkish violin, Balkan accordion and a pinch of tango nuevo. The result leaves as much space for listeners as for the musicians. A great opportunity for music adventurers.”
(Petr Dorůžka, world music journalist & explorer)

With their original, hot mix of alternative rock, psychedelic, electronica and country the Nylon Jail were shining supernova of Czech music scene between 2012-2014 and like supernova with explosion disappeared in 2015. Luckily for all of us the core of the band has survived and now is back with new videos which announce a new album in the spring 2018 + beginning of live concert activity.

We are proud Nylon Jail to be a new member of our artist family and open booking for 2018. 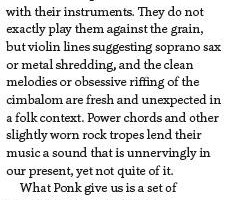 “Postfolklor” the debut album of Moravian cimbalom trio PONK has received great review and 4* of 5 from the Songlines magazine. Let’s go for more! 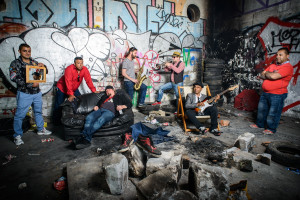 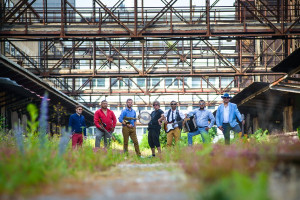 TERNE ČHAVE are considered as probably the oldest working and definitely one of the most famous Roma (Gypsy) bands in the Czech Republic. The band is renowned for their distinctive and personal sound blending Central European traditional gypsy music with rock, ska, klezmer, funk, blues and other influences. Many years ago these musicians have stood on their own feet and crossed borders of Roma ghetto. Bringing their gadjo friends as musicians among themselves they set out into the big world. Touring Europe from Czech Republic and Slovakia via Hungary, Italy, Spain, France, Germany, Benelux, England to Scotland, wherever they go people are dancing.

Today Terne Čhave are band without ethnic or genre limits but their gypsy roots give them a solid base for musical trips to destinations too distant for many others. The band doesn’t fuss about style too much and you will have no time to think about it too because much of their songs are played with devil’s tempo. But in case you wouldn’t sleep this off we can reveal that this is the real gypsy rock’n’roll or … It’s only Rom’n’Roll!!! 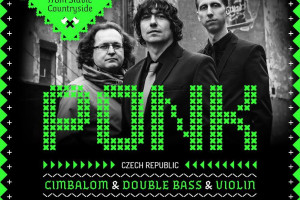 It’s our big pleasure and honout to annouce the Czech band PONK has been selected for WOMEX 2016 official showcase. Ponk will be the first band ever to sing in Czech language at WOMEX.

Ponk’s sound is made by cimbalom, violin and double bass and the songs they play are traditional Moravian murder ballads played with totaly new attitude and arrangements. If you will be at the Womex this year don’t miss their show with brilliant new video screening:

You are welcome to meet us anytime at the Czech booth 2.19.